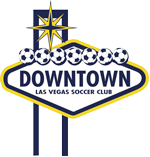 Why Kids Should Play Soccer

It used to be that when kids would play sports they would gather up the kids from the neighborhood, pair off in teams and go at it until their mom called them in for dinner.  Today it may be baseball, tomorrow football then the next day soccer.  Today, with a lot more distractions, the neighborhood pick up games are fewer and farther between.  Parents are looking for activities for kids to get them moving and competing.  Unless the parent played sports themselves, it could be a tough choice to pick what would be the best sport to have your children play.  Here are some great reasons why soccer is a great sport for kids. 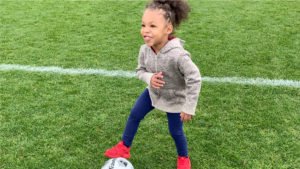 Soccer helps kids stay fit and healthy:   Nobody can ever say that soccer is not a great exercise.  It is not just a lot of running.  The combination of balance, strength, and stamina that is required to play is remarkable. The cardiovascular health, increases in coordination and balance, improvement in strength, and flexibility are all basic benefits of playing soccer.

Soccer improves motor skills:   Soccer will strengthen a young player’s core muscles are well as legs and arms.  Soccer is a great way for kids who are learning balance, running, jumping, and overall agility.

Soccer requires teamwork: Soccer players have to work together as a team in order for the team to be successful.  The concepts and skills needed for team play come a little later in a soccer player’s path. However, the benefits of team play and how the efforts of everyone playing for the same goal are concepts that can be learned at an early age. 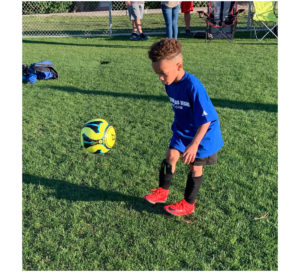 Soccer is a social game: As a team sport, soccer players are required to communicate in a variety of ways. Players must work together and communicate effectively in order to be successful. But that is just on the field.  Some of a players best friends will be their soccer teammates.  This is particular for girls soccer, where the social aspects of the team are much more important than boys soccer.  Even parents can benefit from the social aspects of playing on a team.  New friends are developed and a whole cluster of friendships can be developed by joining a team.

Soccer requires focus and concentration: For those that are not familiar with the sport, it may surprise you that soccer is probably the most cognitive sport around.  It shares this level of mental conditioning with basketball and hockey.  A smart player will be much more aware to time and space as it relates to the game. While most to that level of training come in the later years of development, young players learn at a young age that if the ball is going to roll past you, you have to increase your speed to collect it. This kind of thinking comes from being aware of what is happening and adapting to the play during the games.

It is all about the competition: Competition is a great motivator however it is very important that competition is not the main purpose of participating.  Having 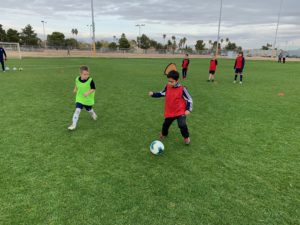 fun is the most important thing.  If the only way to have fun is to win, then the child is not being properly coached.  Competition at the youngest ages needs to be about trying hard and working hard for improvement. Not about beating someone.  Also, for parents, the competition is for the kids, not for you.  If you want to compete, get on your own team.

Soccer requires responsibility: Being a soccer player requires that you take on the responsibility for your team, your coach, and yourself. Every player counts on the other players on the team.  That means attending all the training sessions and games.  Part of playing soccer means you work hard and play hard and always try your best.

And Finally, soccer is fun. For those who love the sport, we can watch any game from the group of 5-year-olds bunched up all trying to kick a ball to the two teams competing for the World Cup Final. Both groups have the same common purpose…to kick the ball into a goal.  It is a very difficult thing to do, and when you do it, and your team does it more than the team you are playing against, it is fun…lots of fun.