Frank De León Niz has always been striving to take his soccer to the next level.  He started at DLVSC as a member of our Navy team.  Through hard work and a dedicated passion for the game, he was able to move to the Gold team and be a member of the State Cup team that was 2021 Nevada Champions.

After he aged out with the club, Frank has taken he soccer passion to Guatemala, where he has made the U20 team of the first division team Deportivo Malacateco.

Frank’s DLVSC coach Frank D’Amelio said of Frank, “Frank is a very technical player that is willing to work hard.  He’s a versatile player that was a big part of our 2002  State Championship team He poses very good speed and vision of the game. Frank was a pleasure to coach and have on the team He is a good teammate as well”.

Frank is a great example of what we mean when we say, We Develop, We Inspire, We Achieve 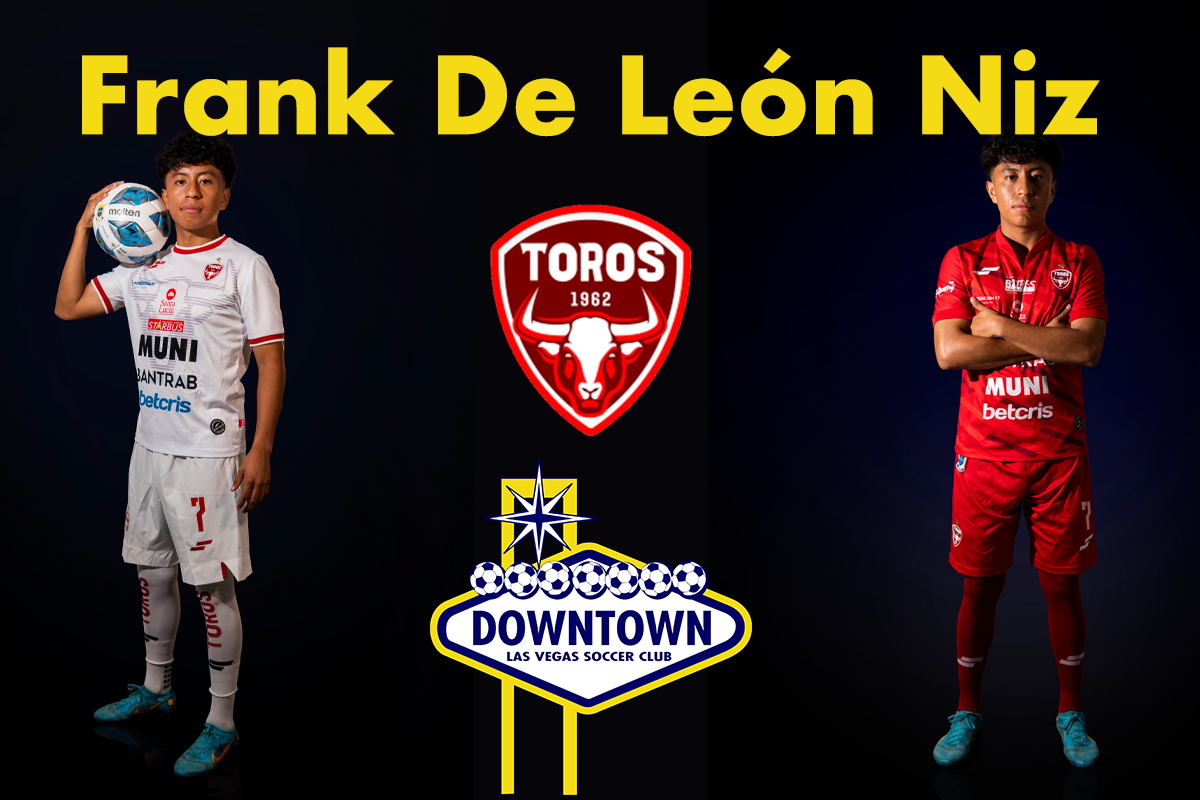