The 2006 Gold team has advanced to the USYS Presidents Cup regional championship semi-finals. They will complete with either Futbolito Bimbo Soccer League Tuzos Garfio 06 or against Real Colorado 2006 Boys Invictus in the semi-final game. The game will be at 7:30am at the Reach 11 soccer complex in Arizona.
The Boys went 3-0 in group play, beating Missoula Strikers MS B2006 Red-PR 7-2 on the opening day. On Thursday, they defeated Tmbers-Thorns North FC Timbers 06B Red 1-0. They then closed out group play be beating Eagles SC Boys 2006 White 2-1
The team will be striving to win a place in the finals on Sunday. The team is coached by Colin Tabor. 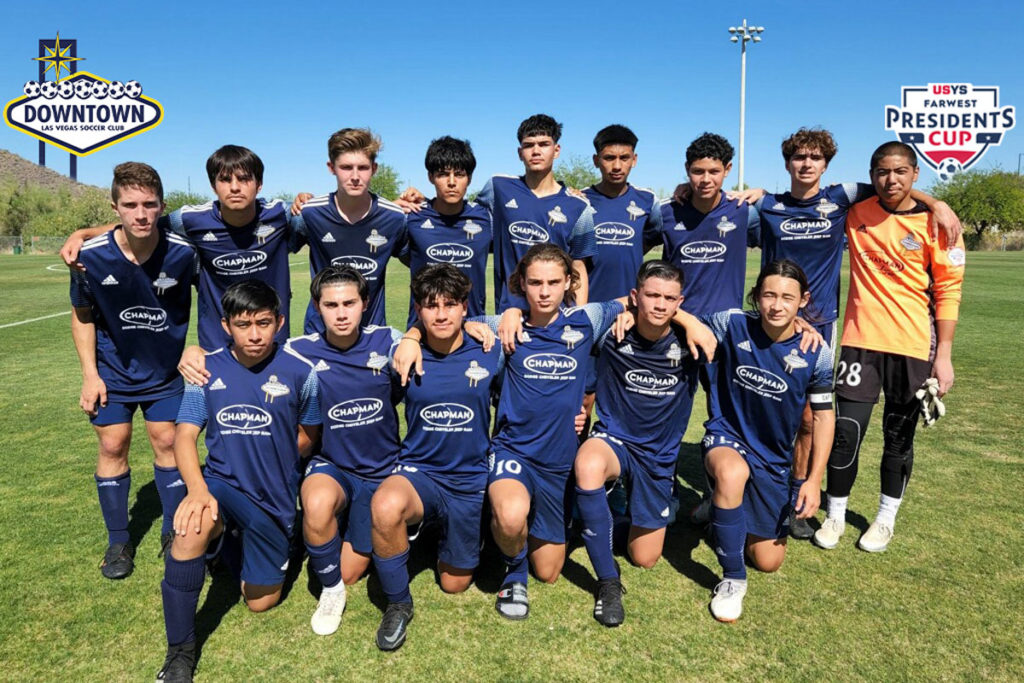