JC Castillo has been named the 2015 Gold girls soccer Coach.  JV started his coaching career back in 2010, he was a coach at Rainbow Youth Soccer league, where his teams where always on the top 3, He has developed played form U7 all the way up to U19, in 2015 he joined Durango HS Mens soccer team coaching staff, successfully taking the Varsity team to regionals finals 3 years in a row. In 2019 he became the Head Varsity coach for the Women’s Soccer team at Spring Valley HS, taking that team to Regionals as well. In 2020 JC Castillo became the Varsity Head coach for for the Women’s soccer team at Durango HS, and he has been developing players for the last 2 years there. He joined Downtown Soccer club on 2021 as an assistant of the Girls 2005 Gold team, and this year he will be the new Head Coach for the 2005 Gold Team, JC Castillo currently holds an E and F license form the US Soccer Federation. 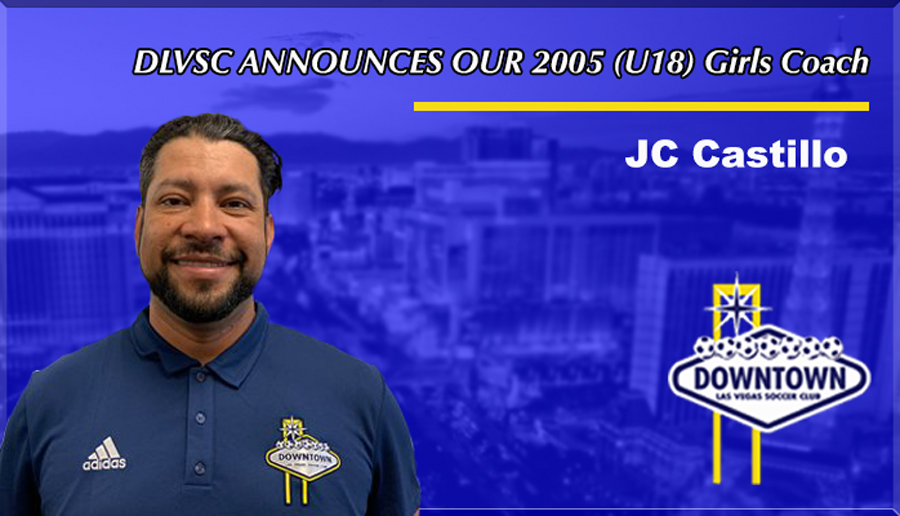