Bryce Bateman was recently named Player of the Week by Max Preps and the United Soccer Coaches Association. Each week, the news organization and association pick students from around the country that demonstrate excellence on the field and off. Bryce received the honor playing for Sports Leadership and Management Academy(SLAM).

The honor was announced for the week of October 11-17, 2021.  Bryce is a junior at SLAM Academy where she holds a 4.6 cumulative GPA.   Bryce is also an accomplished competitive swimmer and cross country runner.

Bryce is a member of our 2005 Gold teams and is coached by Ali Skogrand . 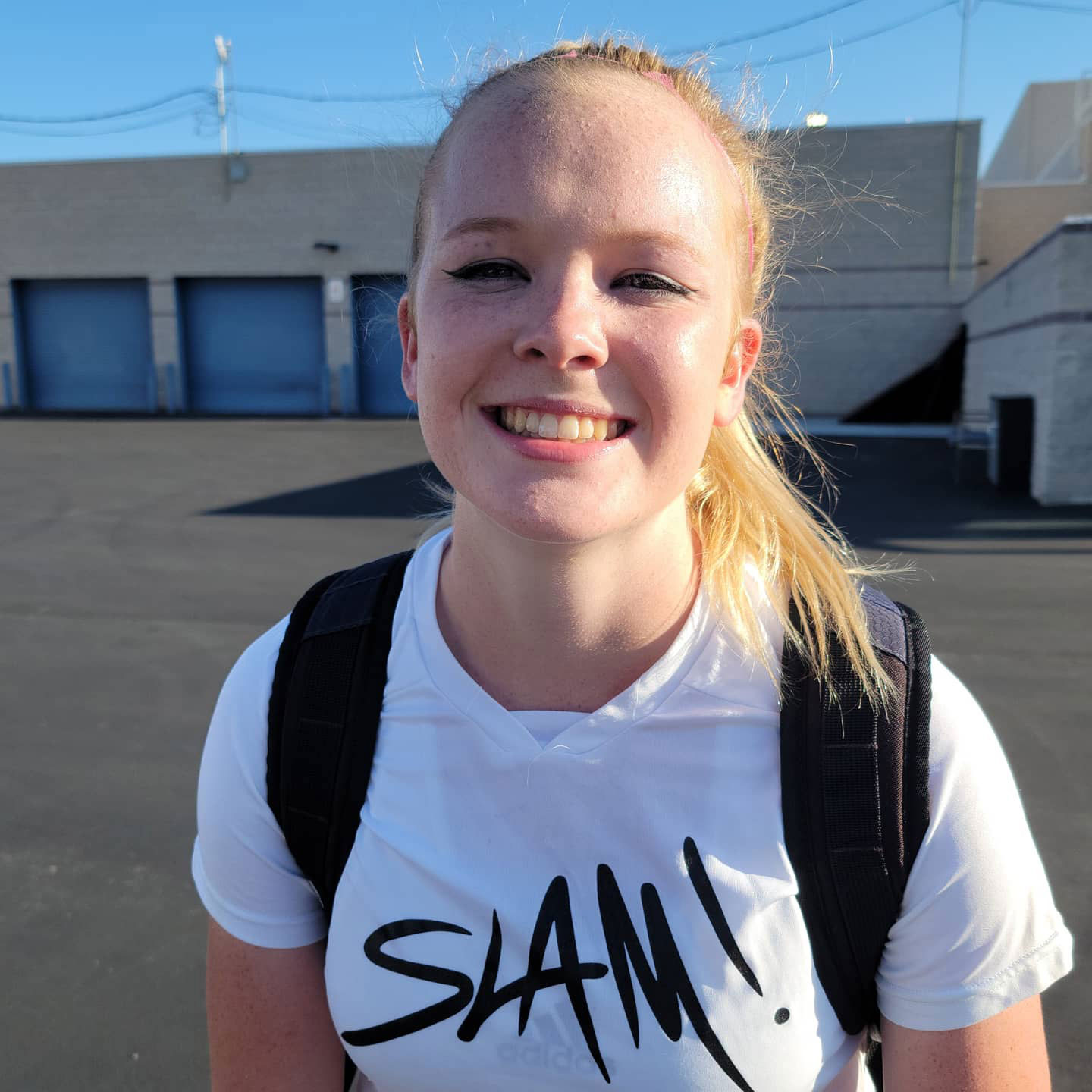