Coronado High School boys soccer team has won the Battle For Nevada Soccer Tournament in Reno NV, defeating Bishop Gorman HS 3-0 in the championship game,  At the center of the team the the brother duo of Ryder and Brody Breeden,
Ryder, a high school senior plays for the DLVSC 2005 EA team. Brody, a freshman plays for the DLVSC 2007 EA team. Both teams are coached by Vince Martinez and Frank D’Amelio.
You may remember Ryder when we celebrated is volunteer work with Young Mens Charity League [STORY] Ryder was also selected to go to Spain and train with La Liga [STORY]
Good luck to the brothers as they begin their high school season. 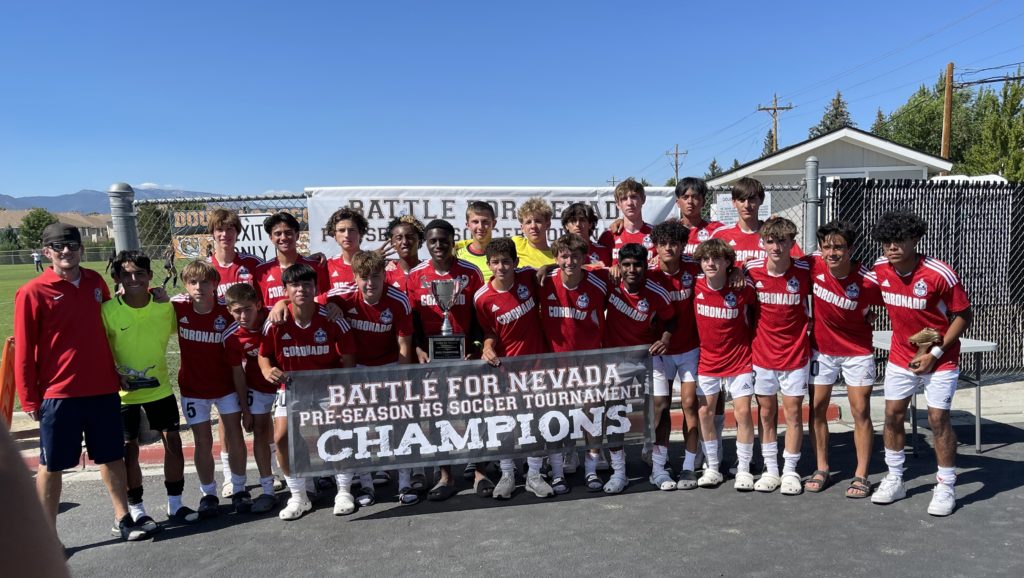 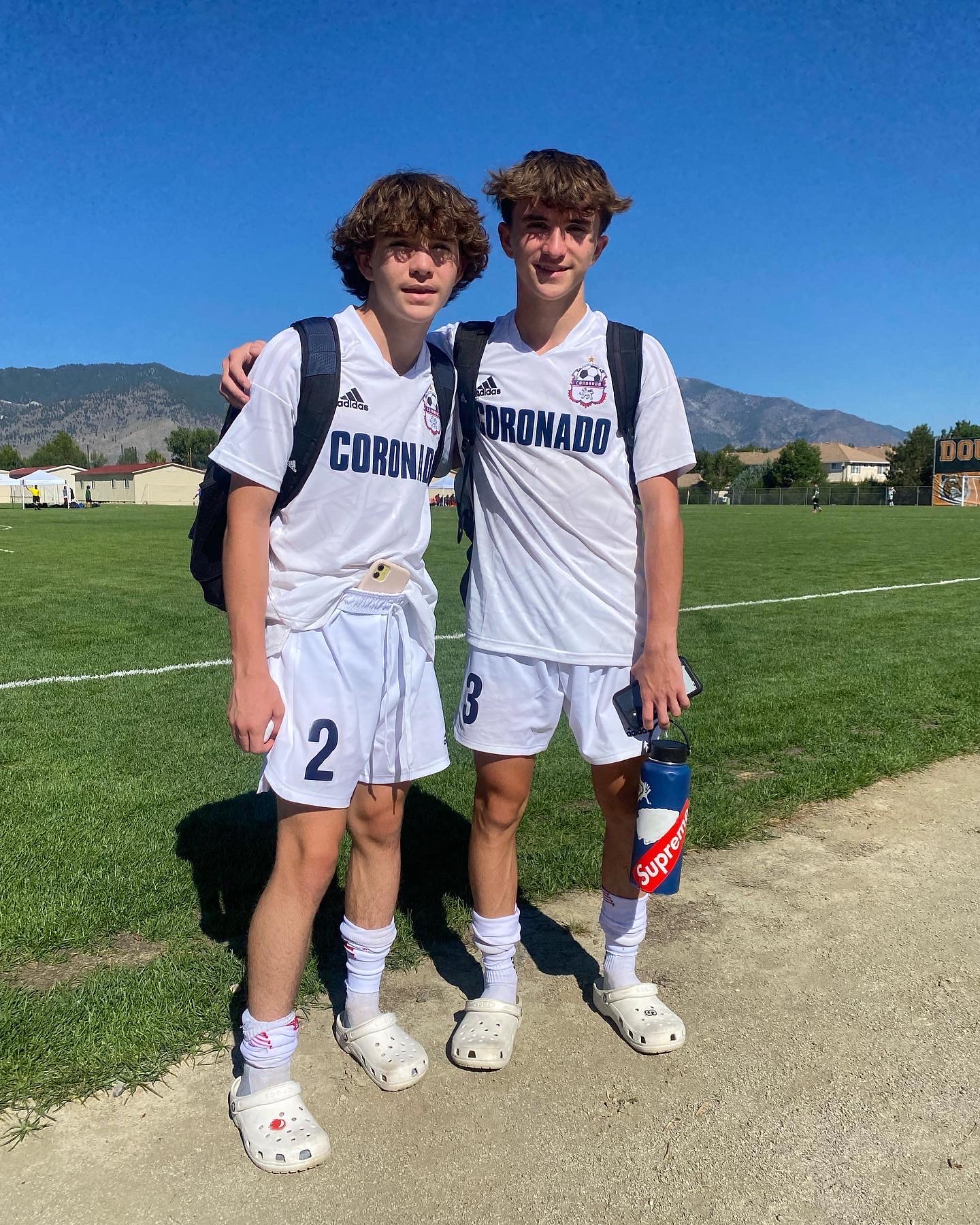 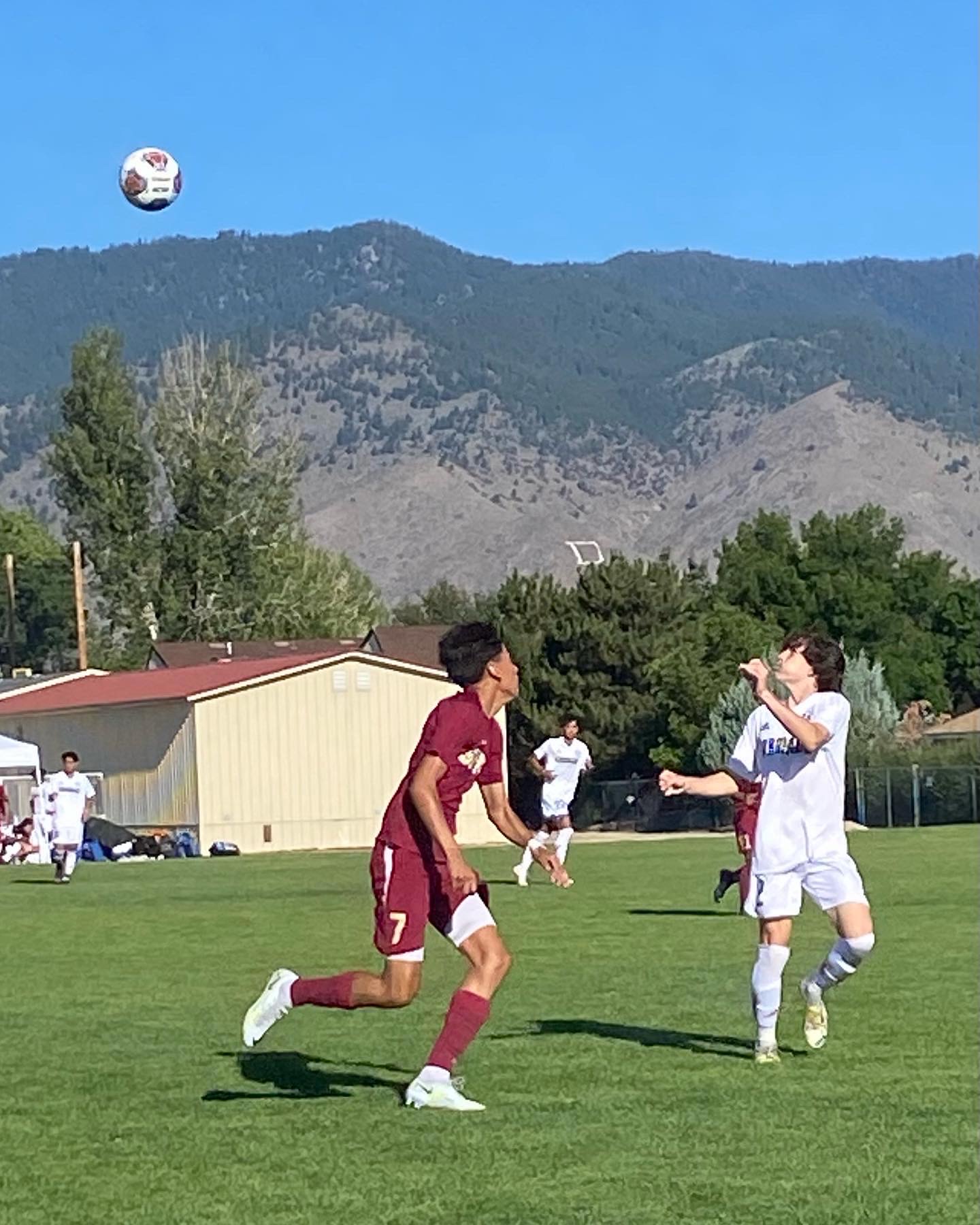