Downtown Las Vegas Soccer Club 04 Gold team finshed thier season as National Championship Series Semi-Fanialist.  The boys fell to Real Jersey from NJ in a close hard fought battle 3-2.  The tournament was the peak of the National Championship Series.  Teams quatifiy either winning the Regional Championships, or the USYS National League.  DLVSC boys will be participaiting in the Natinal League this Season. Because of his great play during the finals, player Sheridan Rodrigues was selected amoung SoccerWire.com Players That Impressed. 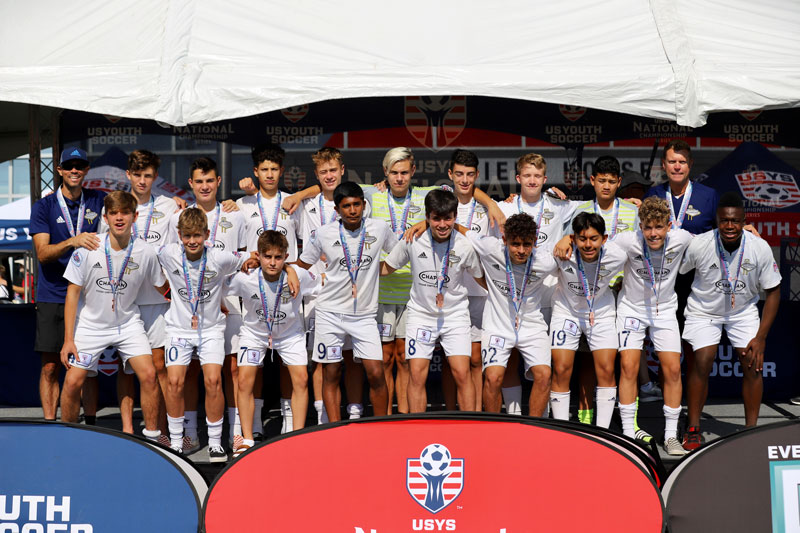