Three members of the Downtown Las Vegas Soccer Club 2010 EA were invited to the Region IV ODP Camp in Salt Lake City.  The camp was held from July 13-16.  Players are invited based on their performance that the ODP competition in January.
Paxton Kovacs, Xavier Alvarez and Julian Palacios, all members of our 2010 EA team were invited to attend the exclusive camp.
The days include training from some of the region’s top coaches, and lots of games.  Players will be selected for the ODP National Team based on their performance at the Camp.
The 2010 EA team is coached by Adam Siqueiros.
Congratulations guys!  You make us proud. 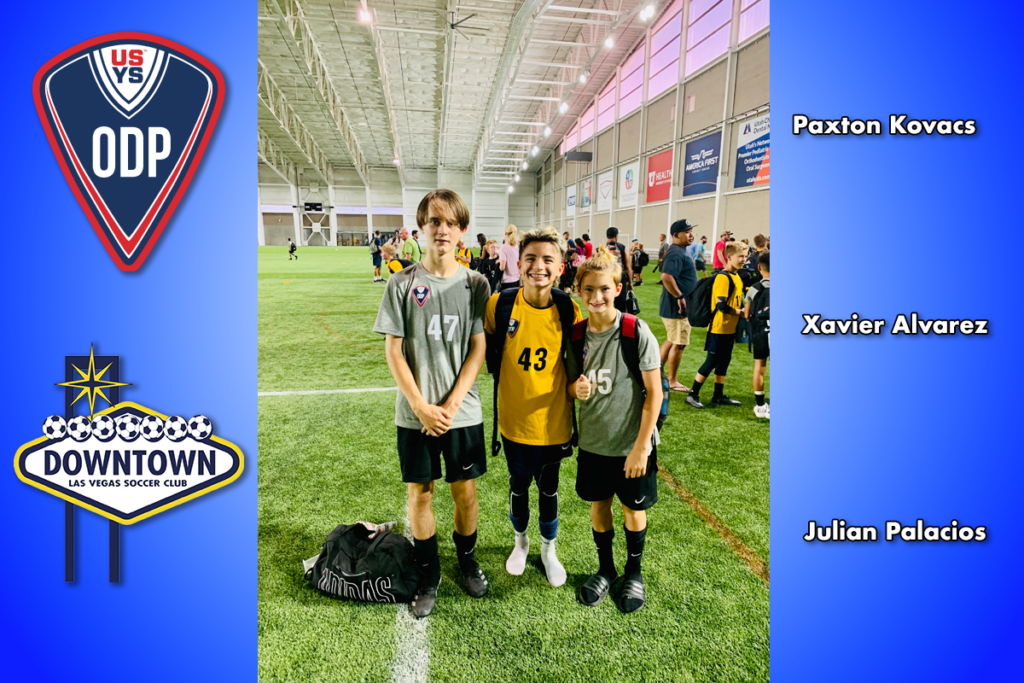