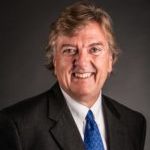 Roger Tabor’s impressive soccer resume includes experience as a Player, Coach, Administrator, Tournament Director, and Board President. As a former player, Tabor’s highest honor was serving as Team Captain for UNLV Men’s Soccer Team. He was also recognized as an All-Conference Player for UNLV in 1976.
He has served as Vice President of NV South Youth Soccer League and 1st Vice President of US Youth Soccer-Nevada, overseeing ODP, all tournaments, and competition in NV. Previously, he was Tournament Director for the City of North Las Vegas Mayor’s Cup, Vegas West Challenge Cup, and Rover Roundup. Currently, Tabor is a Trustee of the Southern Nevada Sports Hall of Fame and UNLV Soccer Foundation. As a coach, his U-19 teams have achieved levels of success finishing as Regional Finalist. The year he coached NV ODP, his U-16 team won the Western Regional. (The first time in NV history.)
Professionally, Tabor has been a Registered Investment Advisor for the past 34 years, specializing in Fiduciary Investing. Currently, he is the only Nevadan with the prestigious designation of Plan Sponsor Retirement Professional (PRP).
Tabor has also served as a Board Member for Nevada Association for the Handicapped for 4 years. He is an active member of Las Vegas Fremont Rotary Club for the past 31 years and was recognized as Rotarian of the Year for 2010/2011. The City of Las Vegas recently recognized him as its Citizen of the Month for his efforts in improving local parks. He is a graduate of LV Chamber of Commerce’s Leadership Las Vegas. Tabor has also been honored by InBusiness Magazine as one of the “Top 40 under 40″ business professionals.
He and Amy, his wife of 30 years, have 3 sons; Trenton, Colin, and Griffin. 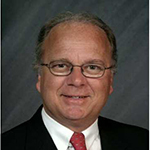 Prior to joining the Downtown Las Vegas Soccer Club Board of Directors, Tony coached soccer in the Las Vegas area for 43 years. Over the years, Tony has coached various age groups including Nevada State ODP Staff Coach with both boys and girls teams at Region IV camps. He also spent several years as the Assistant Men’s Coach at Bishop Gorman High School. Tony has won multiple Nevada State Championships advancing several teams to the Far West Regionals Championships. In addition to his year of contribution, Tony felt great pride and accomplishment coaching soccer in the Special Olympics. As a player, he played at Clark High school on two zone championship teams (prior to having a state championship). He was also a member of the UNLV soccer team prior to them competing inter-collegiality.

Professionally, Tony is a realtor with Berkshire Hathaway Home Services where he specializes in securing bank owned foreclosure properties, new and resale homes in the Las Vegas and Henderson markets.

Tony and his wife Sherry have three children and seven grandchildren. 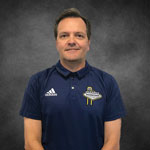 Garry has coached youth soccer in Southern Nevada for 14 years in age groups U7 through U18. He was the head coach at Meadows High School for the boy’s soccer team from 2005-2013. He started his head coach position for the Palo Verde High School boys soccer team in 2014. He served two and a half years as the First-Vice President of US Youth Soccer Nevada. He was responsible for reorganizing and running the Nevada Championships in its current format. He was also responsible for state ODP, Silver State Tournament, and all state matters concerning competitive soccer and referees. He has been a member of the Downtown LVSC Board of Directors since October 2013 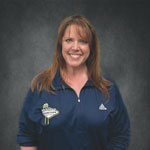 Shaneen Panko has been with Downtown Las Vegas Soccer since 2005. Professionally, she is self-employed, Business Owner @ Protocol Insurance Services.  Not much of an athlete herself she has supported family, friends and children for years. Shaneen retired as the DLVSC 94 team manager after 12 years with her girls Michelle and Melanie who played competitively with DLVSC.  Even though her daughters hung up their college boots in 2016 she is still as enthusiastic today as a board member and Credentials Coordinator for the Mayor’s Cup tournaments. 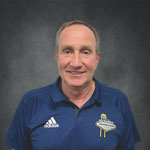 Mike O’Rourke joins Downtown Las Vegas Soccer Club after spending the last 30 plus years as a soccer dad and fan. His youngest child took to soccer ensuring that every evening and weekend was booked with soccer practice, games, tournaments from preschool through college graduation. An experienced spectator with an enviable portable heater, he is now excited to propel his love of soccer to a new level and support the growth and development of soccer in his hometown.

Mike did briefly leave Las Vegas when he attended and graduated from the College of Idaho. The small stint away from home was well worth it when he brought home his bride; now his wonderful wife of 35 years. 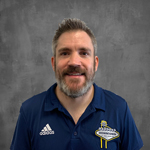 Brian comes to Downtown Las Vegas with a passion for the game and the city.  He is one of the few people who can say he was born and raised in Las Vegas and no matter where his life has taken him, he always finds his way back.  It all started when he was a kid at Baker Park watching his brother play for Bishop Gorman High School.  That’s where his love for the game began.  He grew up playing club soccer, winning State Championships and competing in multiple far West Regional Tournaments.  Brian also played for Bishop Gorman and went on the play at Saint Mary’s College where he was team captain in 2001 and received various WCC honorable mentions.  After college he moved to Rio de Janeiro, Brazil for 2 years to hone his craft and learned what it truly means to play the beautiful game. 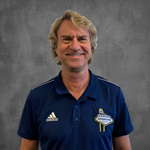 Prior to joining the Downtown Las Vegas Soccer Club Board of Directors, Jim coached soccer in the Las Vegas area for more than two decades. Jim has coached various age groups for both boys and girls including several Nevada State ODP Staff Coach with boys teams at Region IV camps and coaching at the Special Olympics. He has also been the Tournament Director for a long-standing local tournament and the Club President for a Board Member for few other soccer clubs.

One of Jim’s passions is to travel the world to see matches and study the stadiums in which they are played. Professionally, Jim is a Partner and CEO of KGA, a national architectural and interior design firm.