Downtown Las Vegas Soccer Club would like to welcome Diarmuid O’Carroll as our Director of Coaching.  Diarmuid will be responsible for the development and implementation of a successful playing style through our highly qualified coaches.

Diarmuid comes from Killarney Ireland.  As a youth player, he played as part of the Celtic Youth Academy in Scotland.  In 2006 he represented the Republic of Ireland at the U21 level. He played professional soccer in Northern Ireland, Scotland, Iceland and England.

Diarmuid holds both a UEFA A License and a UEFA A Youth License and has coached both in Europe and in the US. 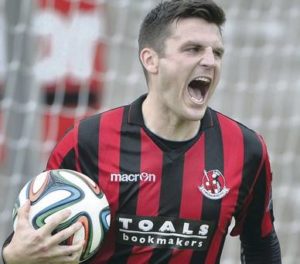