Frank came to Downtown LVSC back in 2018.  He coached 3 teams to a Nevada State Championships and had over 40 players go on to play college soccer.  His wonderful personality and his presence will be truly missed.  Frank always put the needs of others before himself.  He has had such a positive impact on our club and we wish him nothing but success in his future endeavors.

Frank has been an assistant coach at UNLV for almost 20 years.  He has been a Nevada ODP coach and has coached in the Las Vegas area of close to 30 years.  He was also an assistant coach at Evansville University and the head coach at Valley High School.  Frank has an extensive pro career as will having played in the NASL and the US National Olympic team.  He is also a member of the University of Evansville Hall of Fame. 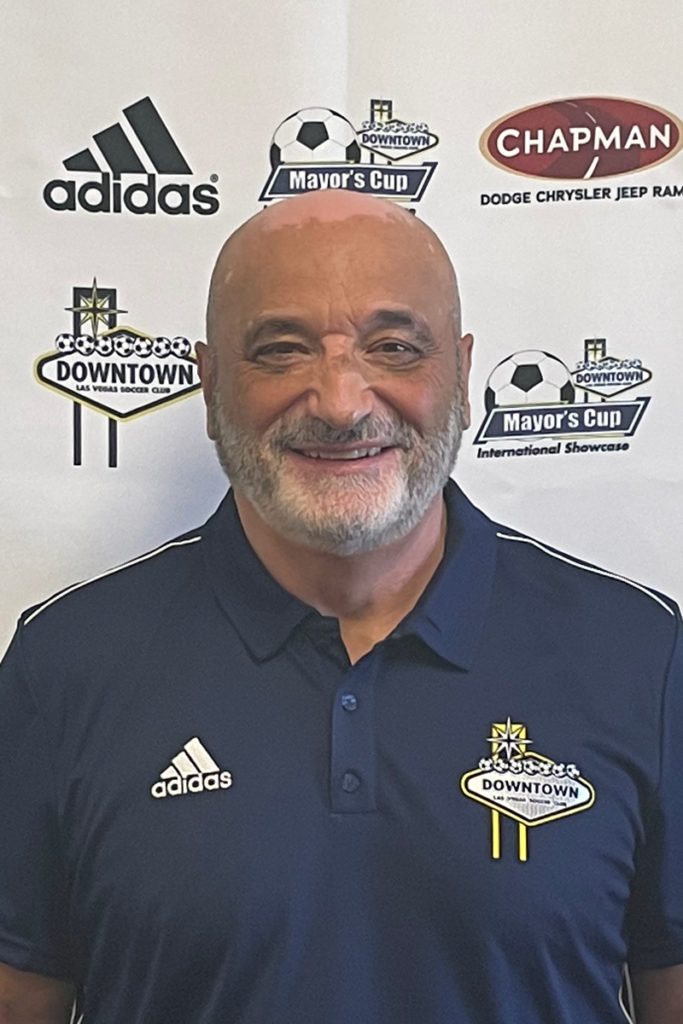